4 Mistakes that Lead to Trading Failure

Constant trading failure is something that can quickly lead to the destruction of any and all traders. If you are just getting into the world of trading, there are some important factors that can help lead you to success. Right now, we want to talk about 4 huge mistakes that lead to trading failure, ones that can put an end to your trading career. 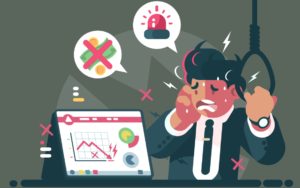 Trading Failure due to Unvalidated Strategies

Trading Failure is often caused when newbie and veteran traders alike use unvalidated and untested strategies. Many traders just don’t validate their strategies, and think that they can use any old strategy to make money, tested or not.

This does have something to do with laziness, as many traders, especially the newbies, expect to just pick up a strategy, use it, and make money doing so. However, traders often fail like this, because they are unwilling to put in the hard work, to really analyze a strategy and its individual components. If this is you, you might be using a strategy that would actually work to make money, if it was being used correctly.

If you have not validated a strategy, you may not be using it properly, and if you lose money like this, you may come to the conclusion that it doesn’t work. Therefore, you might move onto the next strategy, only to fail all over again. The fact of the matter is that this is a vicious cycle that keeps on repeating itself. 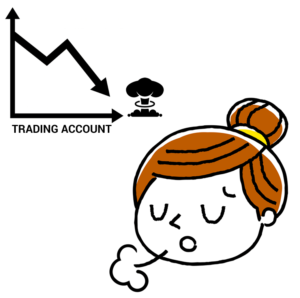 Failing Traders Due to Downright Laziness

Alright, so we really don’t want to launch a personal attack against traders out there, but this does need to be said. Trading failure, quite simply, if often caused by pure laziness. More often than not, newbies want quick and simple answers, get rich quick schemes, and they often ask others to do the hard work for them. Many newbies want others to hold their hands through the whole process.

It’s like in school where that kid behind you copies your answers. Lazy newbies will often ask other traders things like “what’s the best strategy?”, “what’s the best indicator?”, and all sorts of similar questions.

The point here is that trading failure often happens due to a lack of commitment and a lack of willingness to put time into doing their own research and analysis. Folks, if you want to be a successful trader, you need to be willing to do the heavy lifting, the grunt work. You cannot expect others to do the work for you, and then even worse, get mad when the advice doesn’t pan out.

Many newbies will then claim that the advice was bogus or that the strategy provided to them was not profitable. They may not realize that their trading failed due to their own laziness and lack of commitment, but instead, blame those around them. The bottom line is that if you want to be successful, you need to be willing to do the hard work. 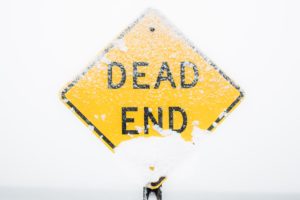 Trading Failure Due to Unrealistic Goals

Yes, the fact of the matter is that many people just getting into the world of trading think that it is some sort of get rick quick scheme. Yes, trading from home sounds very attractive. You don’t have to commute to work to go slave away for an ungrateful boss, and instead, you can be your own boss, and all from the comfort of your own home.

Many think that it is possible to start off with a couple thousand or even a few hundred dollars, and then make thousands and thousands of dollars in profits per month, simply by clicking the mouse and sitting in front of a screen.

Folks, this is just not the way it works. Most professional or full time day traders spent years and years practicing. It takes years to become a consistently profitable trader, one that can be confident in the fact that they can support themselves financially doing nothing but trading.

Simply put, trading failure often occurs because newbie traders set such hugely unrealistic goals, such as making $5,000 per month, and then when those goals obviously don’t come to fruition, they throw in the towel. Folks, if you make have such unrealistic goals and expectations, you are setting yourself up for failure. 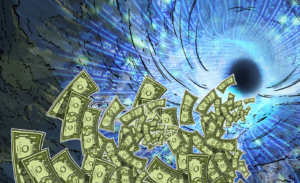 Traders Fail Due to a Lack of Education & Skill

People, trading is hard work. It takes time and dedication, and this goes for the learning aspect too. As we mentioned above, consistently profitable traders take years to get to where they are. You can’t just wake up one morning and decide to be a profitable trader. It’s not like deciding which pair of pants to put on.

Traders spend years mastering various indicators, how to use charts, oscillators, fundamental analysis, technical analysis, trading strategies, reading markets, and so much more. It takes a refined combination of skills and an in depth knowledge of the financial world in order to be a truly successful trader.

Quite simply, trading failure occurs because many people just don’t know what they are doing. You need to take courses, seminars, study from the best, and put plenty of time into learning, just like you would when getting some sort of degree. The bottom line is that if you expect to become a profitable trader, you need to get yourself an education and you need to practice, practice, and practice some more. If you cannot manage this, then it might be time to stop trading. 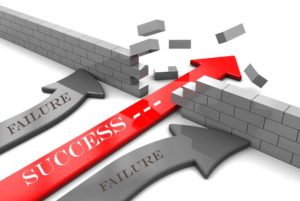 There you have it folks, the 4 biggest mistakes that you need to avoid. If you stay on the right path, you are much likelier to avoid trading failure!